The month of July ushered in the second half of the year which saw the continuation of the American economy powering ahead with gross domestic numbers (GDP) coming in at 2.1% beating expectations of 1.8%. 78% of the S&P500 companies that reported second quarterly earnings beat expectations with 60% beating revenue estimates. The strength of the American economy provided safety for many investors as the American Dollar appreciated and hit its highest level against the Japanese Yen. The friction between President Trump and the Federal Reserve also continued as the Fed was essentially pressured into cutting rates because of global growth estimates being lowered. President Trump immediately placed more tariffs on China, signalling that the Fed didn’t cut hard enough with 25bps instead of 50bps. The spectacle that is playing out regarding tariffs is very important because it essentially determines global growth which then affects the global growth prospects of South Africa as well. 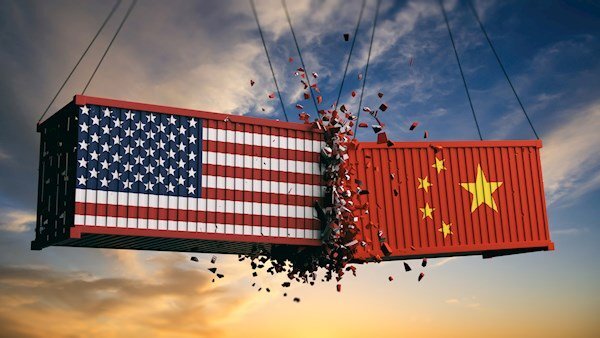 As a means of trying to stop the pain felt by the South African consumer (acting as a stimulus effect), the Reserve Bank governor of South Africa also cut rates. We believe he did this due to political pressure from the ongoing impasse and debate within the ANC regarding independence of the Reserve Bank.  The cut in rates goes against what the governor has been saying for several months as this lessens the buffer against global events such as the trade wars and hence if there are any shocks, the Rand would weaken further. This would be passed onto the South African consumer in the form of petrol price increases and more. And that’s exactly what happened, as trade wars continued, the Rand weakened breaking the R15 level as the U.S Dollar.  Boris Johnson became the Prime Minister of the United Kingdom and this added to uncertainty as Boris has been known to be open to a no-deal Brexit from the European union. This possibility could have disastrous economic consequences for the Eurozone and the world, along with all of the trading partners such as South Africa. For South Africa, the seemingly infighting within the ANC party and the slow pace of resolving of key issues has dampened investors confidence on the resolution of problems such as Eskom and the turning around of unemployment (which increased to 28%).

However, in the midst of apparent darkness, we saw the offshore component of the portfolio save the performance due to the hedging effect against Rand weakness. On looking at the TOP 40 Holdings of the portfolio, we had 40% offshore exposure, which is illustrated by the table below. The biggest contributors to performance were the continental European companies. The UK exposed companies weighed down the performance as the market considered a no-deal Brexit.

The rest of the portfolio was determined by South African dynamics, seeing a continuation of retail vacancies sitting at 4%, industrial sitting at 3% and offices still being the worst performer at 12%. The poor performance has prompted consolidation and disposals within the listed property sector. Hyprop (the owner of Rosebank Mall) and Attacq (the owner of Mall of Africa) disposed of their African assets to settle their U.S debt. Emira and Dipula tried to buy out SA Corporate, but both bowed out as the competition for the company intensified. Delta and Rebosis announced a possible merger between the two companies. Hopefully this time round, they can complete it.

Like offshore markets, South Africa has had a proliferation of shared office spaces geared towards start-ups and freelance workers. Typically, Regus was the name that was associated with the shared office industry in South Africa but of late, several competitors have arrived such as Flexible Workspace and Workshop 17. What has been of interest is the arrival of WeWork, an American based company which started out in New York in 2011. It is now valued at $47bn, having 528 locations around the world, and is set to list in the coming months becoming possibly the second biggest IPO of 2019. There are concerns regarding the loss that was made of $1.9bn for 2018 and corporate governance issues related to management. The company recently opened up in Rosebank, being a tenant of Redefine, and is set to open up in Sandton along with Cape Town.